Communal ovens are typical throughout the Aosta Valley, every village used to have at least one. A communal oven could bake from 30 to 120 loaves at a time. The families would take turns to bake rye bread, usually once a year at the start of winter. Called "Pan Ner", it is obtained from a dough of rye and wheat. Once they had dried their loaves on special racks, "ratelé", they would be eaten throughout the year. A special instrument was used to slice the bread: a type of guillotine called "copapan", still in use today. Before eating, it had to be soaked in broth or hot milk or even dipped in meat juices. A fancier version saw the bread kneaded with chestnuts, cumin and dried fruit. 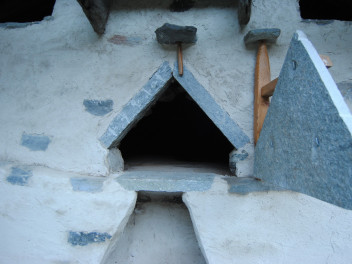 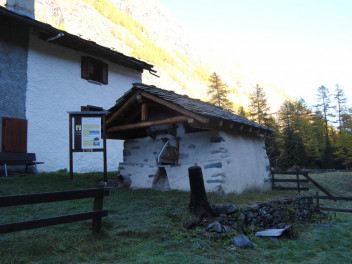 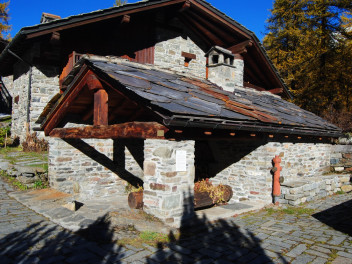 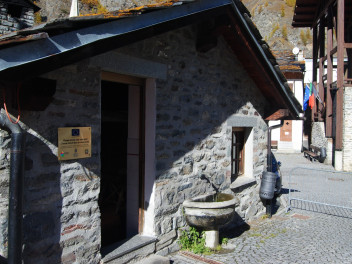 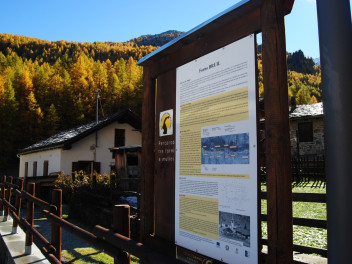 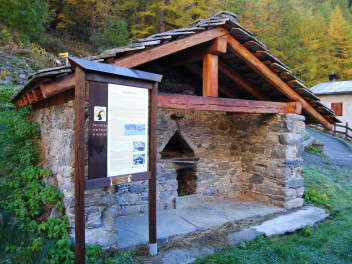 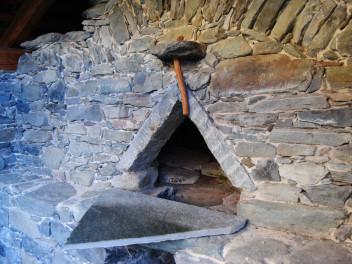 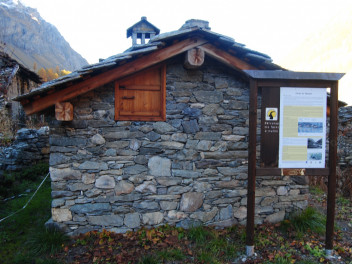 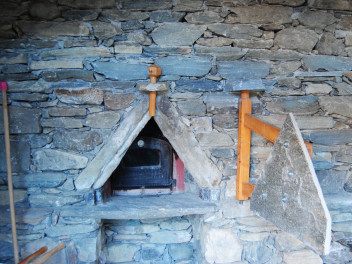 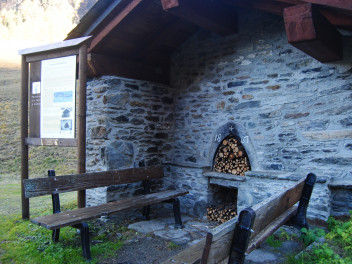 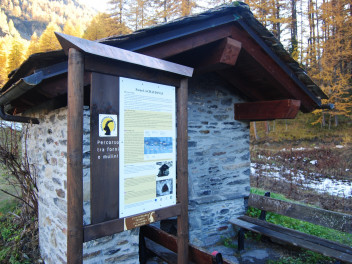 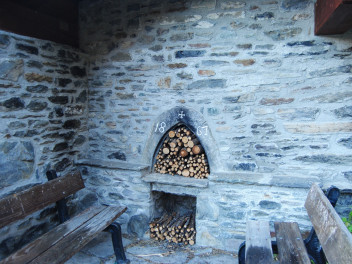 The Aosta Valley was once dotted with hundreds of watermills that were the hub of rural life. In 1921, use of this mill was the subject of a "notary exchange" with the villagers of Pellaud who turned transformed their mill into a power plant, which allowed them to use it to grind their wheat in exchange for electricity.

With the development of new technologies, coupled with the depopulation of the mountains, the use of mills over time has gradually been abandoned and very few are still working. Recent decades have seen a rediscovery and appreciation of traditions and heritage that has led to their restoration, like with this example, owned by the Pont, Pellaud and Chaudanne Association, brought back to its former glory thanks to European funding. 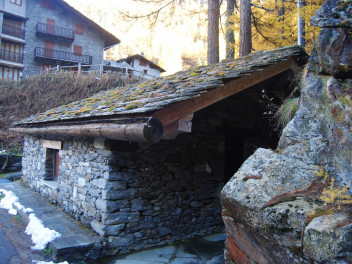 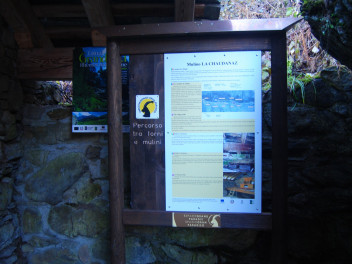 Until 1650 the Rhêmes-Notre-Dame territory belonged to the parish of Saint-Georges. According to historical records, in the first half of the fifteenth century there was already a chapel in the village called Luedum (or Leuduin or Lyodon) or Bruil, as it is still called today.

During the same century the primitive chapel was probably reconstructed and was consecrated by the Bishop of Aosta on 2nd June, 1495. The following year the same Bishop granted permission to hold baptisms and burials in the new church. 1st June, 1650 saw the Church of Bruil become a parish, with the name Rhêmes-Notre-Dame.

The church has a Latin-cross plan with naves, with two side arched naves projecting at the height of the transept that houses two minor altars; the presbytery is slightly raised. The bell tower has a single double window positioned at belfry height. The building was rebuilt along with the bell tower in 1680.

The dedication of the church has changed several times throughout its history: originally dedicated to the Conception of the Blessed Virgin Mary, in 1715 it was placed under the protection of St. Mary of the Assumption, in 1810 the name of the church changed to the Visitation of the Virgin.

In 1839, as the church was too small, it was raised and enlarged in the direction of the parish house. In 1864 it was entirely decorated by the painter Stornone of Ivrea. Further restoration works date back to 1896; the Artari brothers were instructed to resume the existing decoration and they replaced a large part of it. Only two paintings are preserved in the presbytery that depict the sacrifice of Abraham and Melchisedec.

The soberly constructed main altar is made of polychrome marble, with a tabernacle and imposing little throne for Eucharistic displays. The side arches were added in painted and gilded wood. 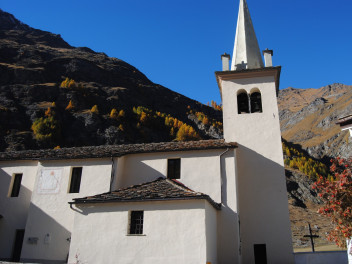 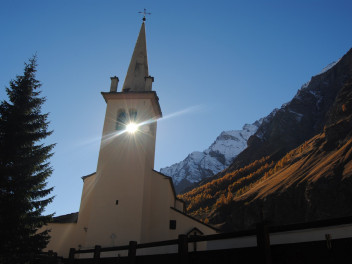 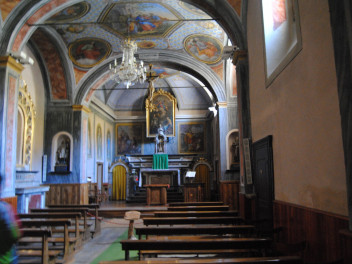 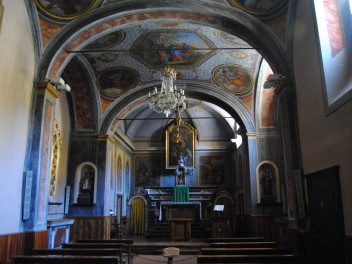 The small chapel is dedicated to saints Sebastian, Fabiano and Rocco. It has an unusual bell tower situated on a boulder instead of on the church.